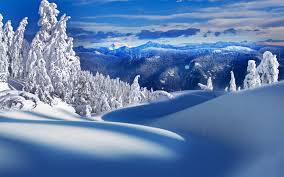 Asking me to write about myself is distasteful, but lucky for me I am rather good at it if I do say so myself. For instance, I read about an hour every day and despite having forgotten about writing this for some time now, I will have you know that it simply adds to the point I would like to make. Let’s face it, I am a forgetful person who often finds himself zoning out in class, and it does not help that few people notice. In that time I would like to tell you that I simply contemplate the philosophies of life, but that is hardly the case in most instances. In reality I actually am drifting off to some far off world within my imagination.

This may sound strange to some, but I find that my imagination often makes more sense that reality, or to put it more simply the whole world gives me the impression that it has developed excessive brain damage. People like to think that a petty thing like “their story” is essential for expressing themselves and maintaining a sense of identity, but I happen to think that is a load of rubbish. It is simply a lie people tell themselves full of the most admirable things they’ve done, deliberately leaving out all of their flaws. I find that in order to truly express yourself one needs to be honest in the image they put out to others. That is why although I may seem entirely sane, I cannot say I am; there is a very fine line between genius and madness. I admit wholeheartedly that I am more on the mad side.

When others put forth their expectations and opinions, it seems easiest to fit in by simply trying to meet those expectations, but that is not how I would seek to gain approval. The key to gaining acceptance from others is by holding nothing back from them, then and only then is it possible to find true friends. Anyone can pretend to be something they’re not, but it takes true strength to be utterly self-conscious and real to who you are. That is why if I am to remain honest, I must again admit that I am a complete madman.

Throughout the years I have found it exceedingly frustrating to try and explain who I am to others, and I am not about to start now. It has been nice writing complete and utter BS for you. Whether it really is, is up to you though.